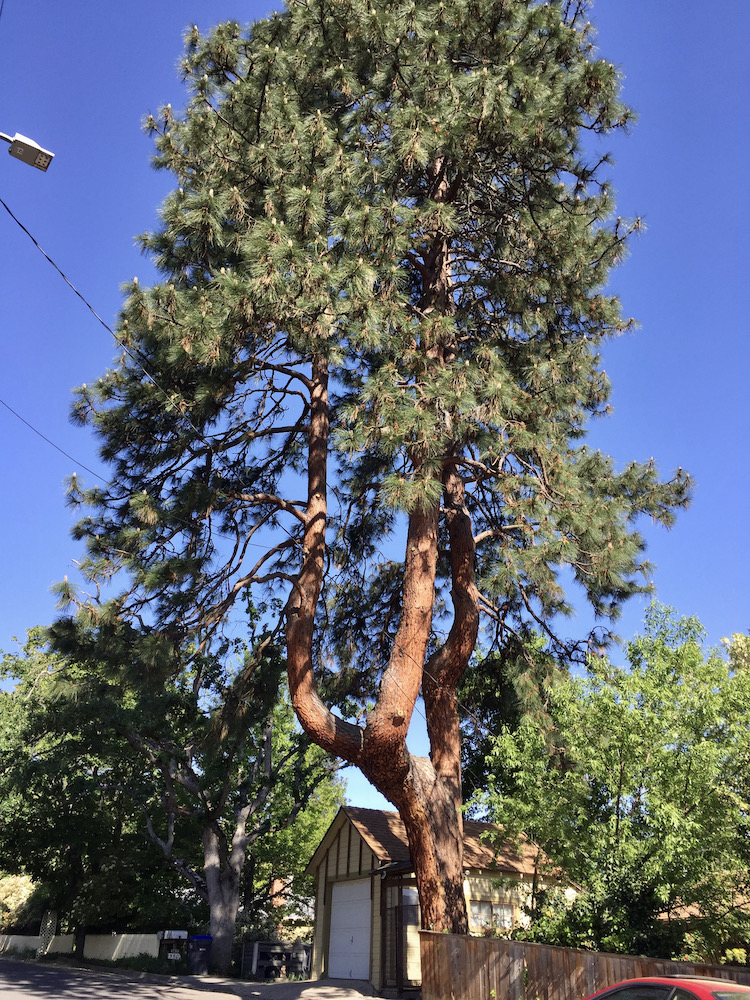 Posted at 23:12h in Tree of the Year by Peter Finkle 0 Comments

I have been drawn to this Ponderosa Pine from the first time I saw it. The multi-trunk shape is so unusual.

“Trees have been used as signs for centuries. Between 2002 and 2005 I had the privilege of being involved with the Smithsonian Museum of the American Indian. During that time period, I worked with several native Americans, including a Native American ethnobotanist who taught me many interesting things about Native American Culture including the practice of using Marker Trees to show the way. Native Americans used to use trees to tell in which direction they should travel. These were called Marker Trees.

“Favorite tree selection for these trees were oaks, maples and elms. These species were selected for their flexibility in youth, but hardwood in maturity. Marker trees were bent in the direction of a frequently visited destination such as a water source, campsite, or a safe river crossing.” (Ronda Roemmelt 2015)

The photo below shows a tree identified by experts as a Native American trail marker tree.

After my research, I have concluded that the Ponderosa Pine on Holly Street is not a trail marker tree, though it would be romantic to call it one. Here is my reasoning. Nearly every trail marker tree photo I saw online shows the bent branch that “points the way” only 3′ to 6′ above the ground (like the photo above). The lowest bent branch on the Holly Street pine is more than 10′ above the ground. I think it is a case of unusual artwork by Mother Nature.

I hope you enjoyed this brief introduction to Ashland’s 2020 Tree of the Year. I will write a comprehensive photo essay about the tree at a later date.