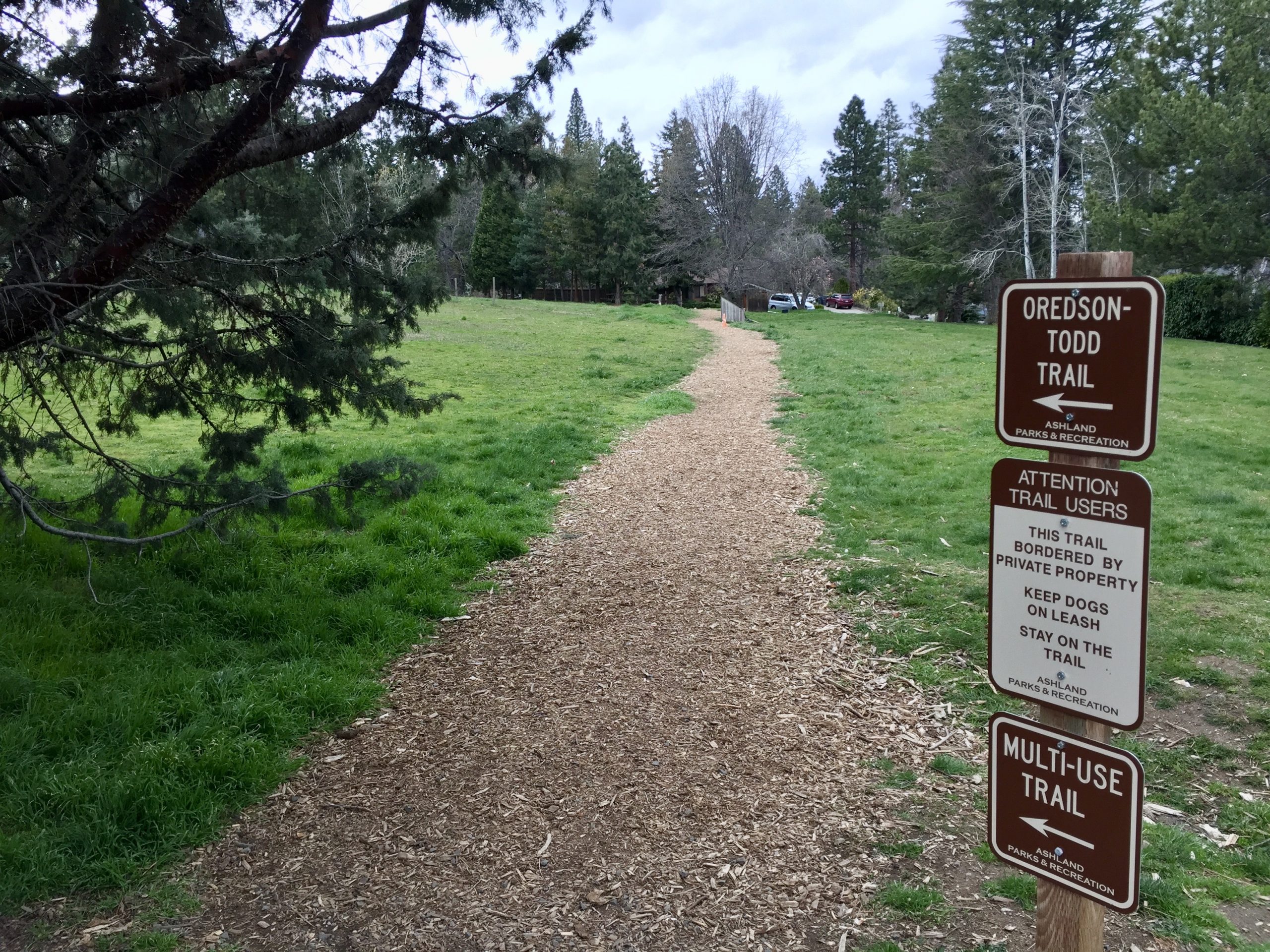 Why am I writing an article about the health benefits of walking in a blog about Ashland?  Well, my website is called WalkAshland, isn’t it?  I am walking for the fun of it, and for my own health.  I hope these articles about the streets and neighborhoods of Ashland will inspire others to walk more.  So here is a short introduction to three of the myriad health benefits of walking.

“The next time you have a medical check-up, don’t be surprised if your doctor hands you a prescription to walk.” Harvard Medical School report

That is some powerful “medicine!”  Let’s see what Dr. Frieden, the head of the Centers for Disease Control from 2009 – 2017, said about walking.

Ashland is a Great Walking Community

Ashland is a great community to walk in.  Our citizens and city government leaders have made a conscious decision through the decades to keep Ashland as compact as possible, which encourages walking.

Lithia Park is a jewel of a park for taking short or long walks in any season of the year.  Beyond Lithia Park, community leaders committed years ago to create parks near every neighborhood in town, so everyone can relax in “a bit of nature.”

Speaking of nature, from the end of many Ashland streets we can access nature trails that lead into the Siskiyou Mountains and beyond, literally all the way to Canada or Mexico.

Stress in Your Life?  Walking is an Anti-Stress “Wonder Drug”

Why would your doctor give you a prescription to walk?    The Harvard report goes on to say:

“Walking can even help your mood. A number of studies have found that it’s as effective as drugs for decreasing depression. It can help relieve everyday stresses, too. Tension starts to ease as the road stretches out in front of you. Mood-elevating endorphin levels increase.” (Harvard 2017)

When it comes to stress in life, it doesn’t get much tougher than having PTSD (Post Traumatic Stress). A recent study with women Veterans looked at the impact of walking on their PTSD stress.  The women took a brisk walk four times a week for 12 weeks.

The researchers reported that at the end of 12 weeks: “Both post-traumatic and depressive symptoms improved significantly by the end of study.”  In addition, the women who were interviewed said that walking helped both their emotions and their physical health. (Shivakumar 2017)

If a basic brisk walk four times a week can help reduce post-traumatic stress in women Veterans, think what it can do for your everyday stresses.  This gives an idea of the power we are talking about.

Need a Mood Lift?  Go for a Walk (preferably in nature)

“In every walk with nature one receives far more than he seeks.”  John Muir

I think we all know intuitively that time in nature can be relaxing and healing.  If you live in a city, you may find yourself drawn to the park on a sunny day, or heading for a campground in the woods on a 3-day weekend.  Surrounded by trees or flowers or desert or sky, you can feel “the weight” of many worries melt away, at least for a time.

What about the science?  Numerous studies describe the benefits of walking in nature, but this one by researchers primarily at Stanford University really intrigued me.  They compared people who took 90 minute walks in either a natural setting or an urban setting.  Here is what they found.

“Neural activity in the subgenual prefrontal cortex, a brain region active during rumination – repetitive thought focused on negative emotions – decreased among participants who walked in nature versus those who walked in an urban environment.” (Bratman 2015/Jordan 2015)

In other words, people had fewer negative thoughts and less activity in this “mental-stress-promoting” area of the brain after walking in natural surroundings rather than along a busy street.  The study authors theorize that allowing people in cities access to natural areas could be important for maintaining positive mood and mental health as the world continues to urbanize.

So once again, hooray for Ashland parks and trails, and hooray for the commitment to planting many trees along busy streets.

Want a Brain Health Boost?  Yes, Go for a Walk!

“Greater amounts of walking are associated with greater gray matter volume [in the brain], which is in turn associated with a reduced risk of cognitive impairment.”  (Erickson 2010)

One of the ways walking is able to boost mood is by improving brain health.  The ageing of the “baby boom” population and the increase in dementia and Alzheimer’s disease have led to a boom in brain health research.  We have learned in recent decades that the brain has significant “plasticity,” the ability to grow new cells, heal and change even in later life.  (Windle 2010)

One way walking supports brain health is by increasing brain-derived neurotrophic factor (BDNF). BDNF is a protein that helps keep brain neurons healthy and even stimulates the creation of new neurons. Higher levels of BDNF are associated with better memory and overall cognitive health.  (Vaynman 2005)

Walking even increases the size of the brain, another indication of brain health.  Brain gray matter volume tends to shrink in old age, and this shrinkage is often associated with cognitive decline and dementia.

A study with 299 adults in Pittsburgh, Pennsylvania 65 years and older compared the amount of walking they did with their brain gray matter size 9 years later and their cognitive health 13 years later.  The people who walked the most had greater gray matter volume in all areas of the brain tested.  They also had less risk of mild cognitive impairment and dementia in the final set of tests.  (Erickson 2010)

So the next time you go out for a walk, enjoy knowing that you are receiving mood-lifting and brain health benefits along with the physical exercise!