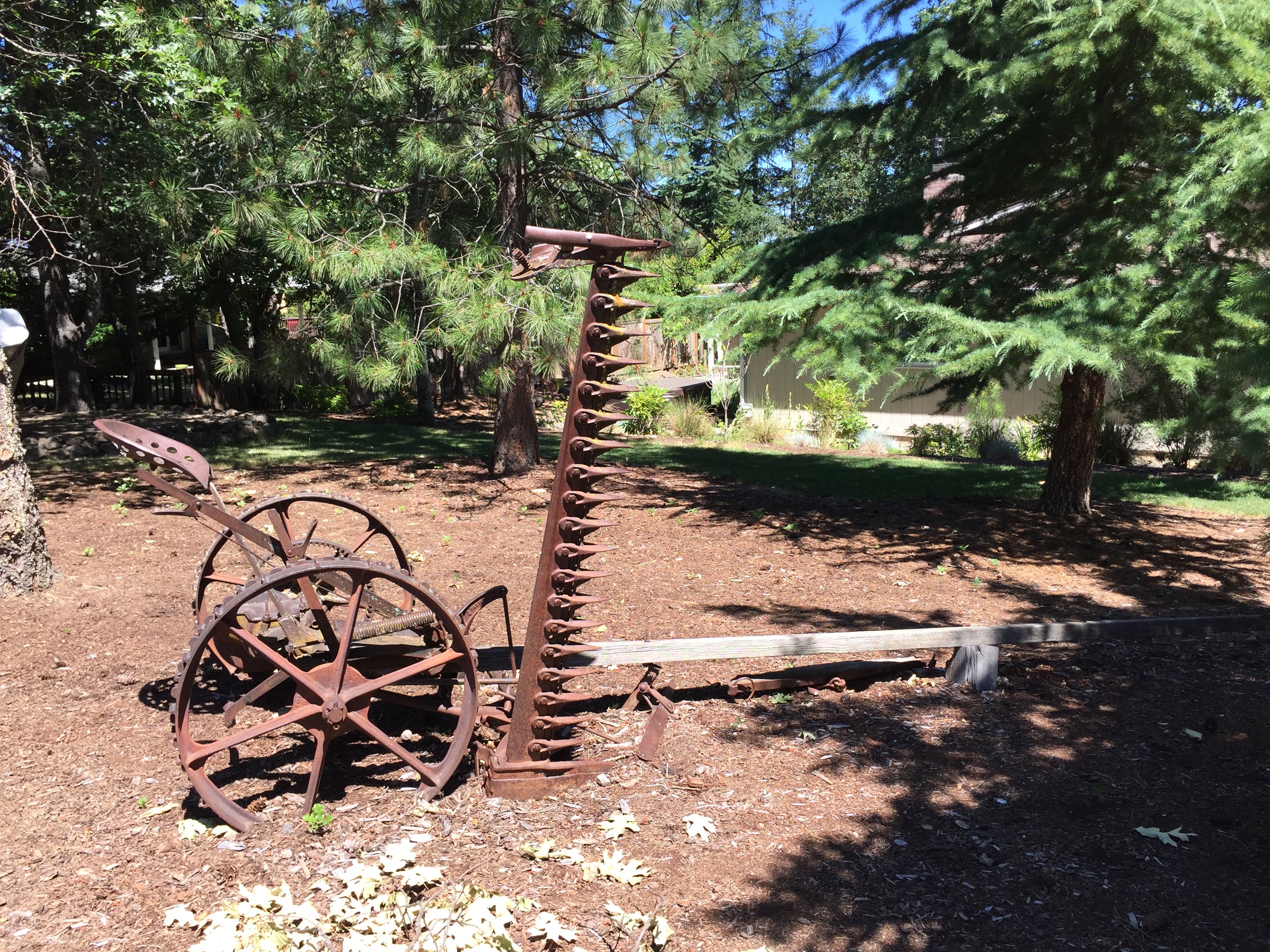 What was the antique farm equipment in this photo used for? I was wrong in my article. Today you will find out.

This is an update for the people who have already read my article about Westwood Street, published in July 2019, and for those who have not read the article. Here is a link to the Westwood Street article.

Here’s what I wrote in my Westwood Street article: “The first thing that grabbed my attention was some antique farm equipment “yard art” at 189 Westwood Street, the corner of Westwood and Nyla. It looks like it was used to prepare rows for planting. I hope one of my readers will verify this assumption – or correct me.”

As I was walking Greenmeadows Way with my wife on Sunday, I met a man who was able, from his life experience, to correct me. After reading my Westwood Street article, Paulus sent me this fascinating email about working with this same type of farm equipment as a teenager. Note: the photos are not from Paulus. I found the photos on the internet to add a visual element to Paulus’ descriptions.

Warning: You are going to learn more about sickle mowers than you ever thought possible!

Paulus: “Here is my story, I grew up on a farm in the Netherlands, and as a teenager I helped my dad mowing grass and peas with a piece of equipment just like that on the photo. It might even be the very same brand, but I’m not sure. If my memory is correct, our mower was a McCormick, an American brand.

Paulus: “The mower has a knife that consists of a bar with a lot of triangular cutting blades. The knife is mounted in the mow-beam (the thing with the teeth, sticking up in your photo), and when mowing the mow-beam is on the ground horizontally. it seems that the knife is still in the mower on the photo. The knife makes a back and forth motion, driven by the wheel close to the mowing beam (with a crank mechanism).

Paulus: “So back then we pulled the device with a small tractor, my dad on the tractor and me on the seat of the mower, operating the thing, and, more importantly, making sure that the mower would not clog up. If during the mowing the mow-beam would hit some soil, there was a tendency for the knife to clog, and pulling the mowed material backwards with a pitchfork would often prevent the mowing knife to stall. I got very good at preventing that 🙂 Still, it did happen from time to time.

Paulus: “The mower in the photo has a long pull beam (I believe that it is called a thill), which means that it was used with two horses to pull it, the beam went in between the horses and was affixed to the harness of the horses to hold it up. The actual pulling was accomplished by the traces of the harness.

Paulus: “We used it to mow grass for hay, and peas. Often after the initial drying on the ground, the hay (or the peas) were put on heaps, the core of the heap was a tripod of wooden poles, about 5.5 feet high and with horizontal poles between the legs, held in place by loops of iron wire.

Paulus: “Anyway, hopefully this information brings something of the old farm days back to life. Back in the day, in the early sixties, this mower was already becoming old fashioned. Yet we never got a more modern mower.”

Thank you, Paulus, for educating me…and all of us!