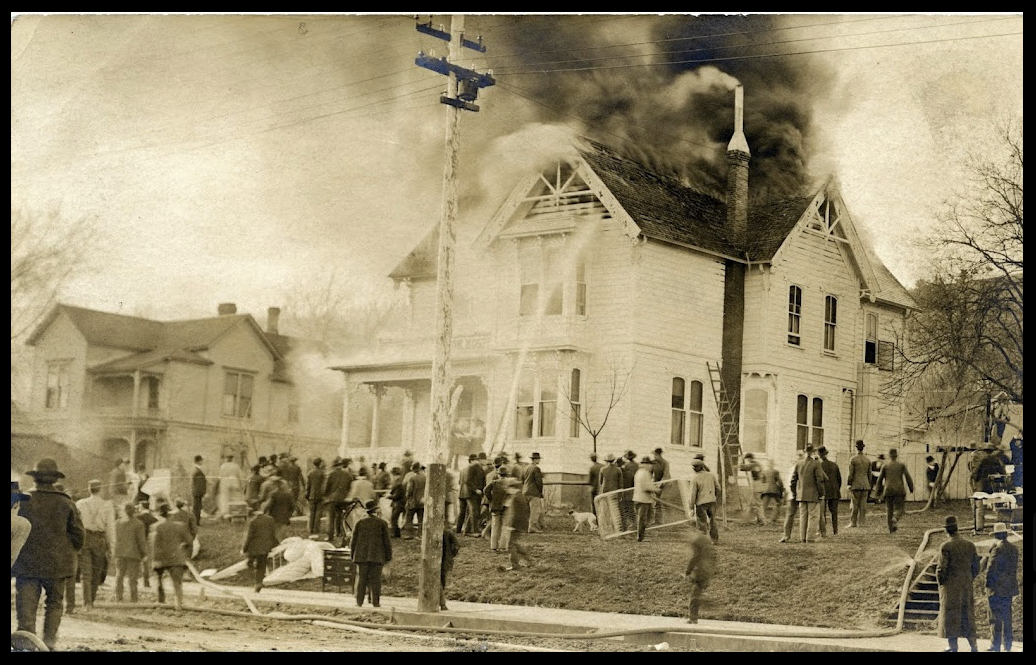 Who was the first U.S. President to visit Ashland?
When did Ashland get its first shopping mall?
Which Shakespeare play was first performed by Oregon Shakespeare Festival?

Beginning in 1864, fourteen Methodist families began to meet in their Ashland homes. They ambitiously began raising money for both a church building and a college.

The original First Methodist Church building first hosted services in 1877, at the corner of North Main Street and Laurel Street. After a windstorm toppled the steeple in 1904, a sturdier church was built on the foundations of the original, and opened its doors in 1908. That is the church you still see today.

Ashland library can be traced to December 1879, when the Ashland Library and Reading Room Association was created – by women of the community of course. They were able to collect donations of 200 books. In 1891, they got “serious” and created the new Library Association with dues of $1 each per year.

By January 1, 1900, the library had 1,200 books and a dedicated room in city hall that was open for reading each Saturday afternoon.

In 1909, thirty years after the first library association was formed, Ashlanders received word that the Andrew Carnegie’s foundation would donate $15,000 toward building an Ashland library. The building was dedicated in 1912. It’s still there at the corner of Siskiyou Blvd. and Gresham Street. The Carnegie Foundation funded 1,687 public libraries in USA, 31 of them in Oregon between 1901 and 1915. Of the 31 in Oregon, only 11 are still operating as libraries. Ashland’s library is one of those 11.

The small 1912 Carnegie library building served Ashland until the 1950s, when an extension was built in the rear and the Gresham room was built in the basement level. A much larger expansion took place in 2003, yielding the library we see today.

On September 28, 1880, as stagecoach full of VIPs rolled into Ashland. Very, very important people…the President of the United States Rutherford B. Hayes, the First Lady, and Civil War hero General Sherman. The Ashland Tidings estimated 2,000 people gathered in the Plaza to greet the President. It is certainly possible that among the crowd were all 854 residents of Ashland, from the youngest to the oldest.

Lucy Webb Hayes was First Lady, wife of President Hayes. This photo was taken between 1870 and 1880. (photo from Wikimedia Commons)

William Tecumseh Sherman was a famous Union army Civil War General. This photo was taken between 1865 and 1880. (photo from Wikimedia Commons)

Henry Beach Carter was a pioneer farmer in Iowa as a young man. Retiring from the farm, he opened a general store in Elkader, and in 1871 established the First National Bank of Elkader, Iowa. When he and his family moved to Ashland in 1884, he duplicated the feat by cofounding the Bank of Ashland.

The Bank of Ashland building at 15 North Main Street on the Plaza is still there, now the home of Tree House Books. Bank of Ashland was the only bank in town until 1909, and finally went out of business in 1939.

As a side note, I live on Beach Street, named after Ashland pioneer Henry Beach Carter. How many people have a street named after their middle name? Not many, I would guess.

Ashland’s first park was probably the 7 ½ acre Chautauqua Park. It was located on land that was purchased in June 1893, after the first Chautauqua meeting in Southern Oregon was moved at the last minute from Central Point to Ashland. The national Chautauqua meetings were one to two week summer program of educational lectures, musical performances, sermons and more. This fit in with Ashland citizens’ strong commitment to education.

Talk about “last minute” – the domed structure large enough to seat 1,000 people was built in only one week, and was completed just one day before the 1893 Chautauqua opened! The last summer for the Chautauqua festival in Ashland was probably 1924.

You may have heard that the concrete foundation of the 1917 Chautauqua building was incorporated into Oregon Shakespeare Festival’s Allen Elizabethan Theater.

You may be familiar with the Butler-Perozzi Fountain in Lithia Park. It is named partly for Domingo Perozzi, who in 1895 founded the first creamery in Ashland, located where you’ll now find the winter skating rink on Winburn Way. This was also the first creamery in the entire Jackson County. As a result, his Ashland Creamery thrived, and Perozzi donated funds along with Gwin Butler to purchase the fountain for the 1916 grand opening of Lithia Park. Butler and Perozzi bought the fountain, carved from Verona marble by Italian sculptor Antonio Forilli, at the close of the 1915 San Francisco Pan-Pacific Exposition.

#1: In late 1907, the Fordyce-Roper house on East Main Street was converted into a small hospital. Sadly, it was badly damaged by fire in March 1909, though all patients got out safely.

As the house was being repaired, citizens discussed the need for a larger and more modern hospital. (Side-note: If you want to see the Fordyce-Roper house now, you won’t find it on East Main Street. You will find it if you walk up to the top of 2nd Street, and look to your right at the Winchester Inn. In 1910, the entire house was moved up the steep street by the power of one horse! But that’s a story for another time.)

#2: In 1910, the brand new two-story, eighteen-room Granite City Hospital was built. This was a “real” hospital. Designed by noted Southern Oregon architect Frank Clark, it occupied the current site of SOU’s Stevenson Union.

Henry Enders Sr. and family moved to Ashland from Boise, Idaho in 1907. In Idaho, Enders had owned a department store. In Ashland, he built in 1910 what you could call the first shopping mall in Southern Oregon. The Enders Building is located on East Main Street between 1st Street and 2nd Street. The entire group of stores was connected with interior doors, so people could walk from one to another without going outside. Sounds like a shopping mall!

According to Henry Enders Jr.: “Well, we had everything!  We had men’s clothing, furnishings, men’s and ladies’ shoes, ladies’ ready-to-wear, ladies’ dry good and piece goods, a fifteen cent store, a music store, a confectionary, hardware and sporting goods and a grocery store.”  [page 2, History of Ashland Oregon, 1977, as told to Morgan Cottle]

Enders’ shops were popular with more than just Ashland residents. In the 1910s and 1920s, people from other towns would arrive in Ashland on a morning train, spend the day shopping in the Enders shops and seeing the sights of Ashland, and then go home on an afternoon or evening train. Some even stayed overnight at the Columbia Hotel above Enders’ shops, which is still in business at the same location after 110 years.

Angus Bowmer moved to Ashland in 1931 to be an English professor at Southern Oregon Normal School. The expanded 1917 Chautauqua dome had been torn down in 1933, but its concrete foundation walls remained. As described on the Oregon Shakespeare Theater’s website, Bowmer “was struck by the resemblance between the Chautauqua walls and some sketches he had seen of Elizabethan theatres.” And today, “The Chautauqua walls remain standing; covered with ivy, they surround the Allen Elizabethan Theatre….”

Bowmer talked the city into supporting the production of two Shakespeare plays as part of Ashland’s 1935 4th of July holiday celebrations. The city gave him money (“not to exceed $400”) and state funds helped get the stage built. However, the city insisted that afternoon boxing matches be held on the stage as a way to bring in patrons and income.

Bowmer directed and starred in Twelfth Night on July 2 (the first play), Merchant of Venice on July 3, and Twelfth Night again on July 4. To the surprise of non-theater-lovers, income from the many patrons of the evening Shakespeare plays covered losses from the boxing matches.

I hope you have enjoyed this series of brief vignettes of Ashland history “firsts.”

Here is a link to Part 1 of the series:

Here is a link to Part 2 of the series:

As part of his contribution to building community, Peter Finkle is walking every street in Ashland and writing an article with photos about every street.  Please subscribe with your email address, and you will be notified each time a new article is published.