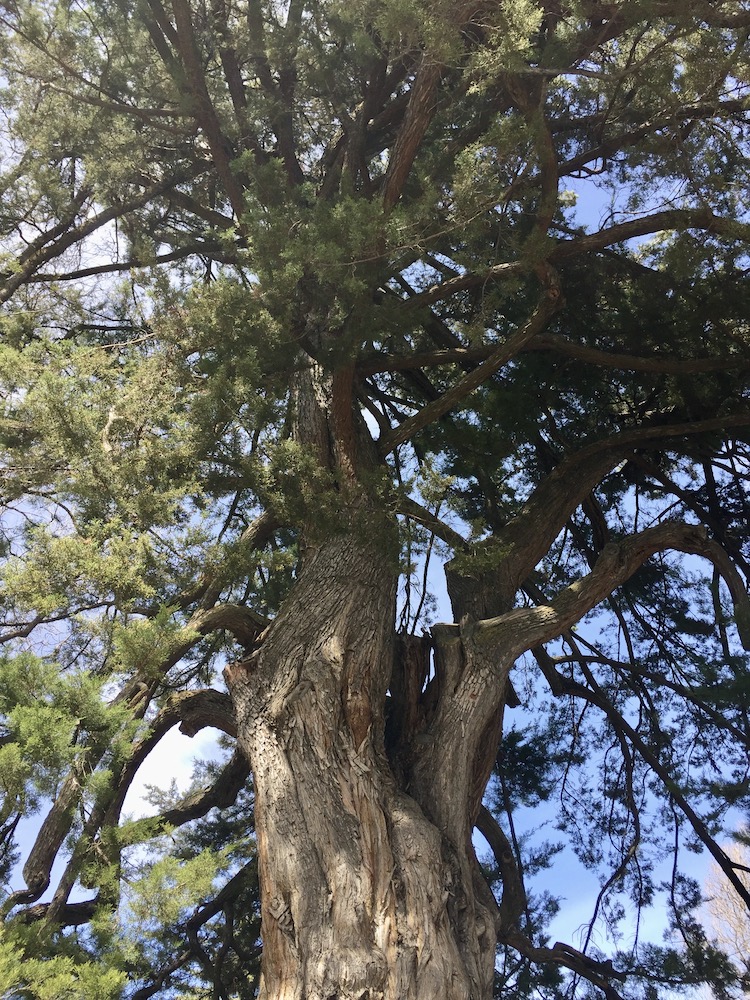 Posted at 21:37h in Tree of the Year by Peter Finkle 0 Comments

The 2004 Ashland Tree of the Year lives here at 407 Scenic Drive. It is a massive Monterey Cypress, possibly planted in 1889 when the house was built. Arborist Casey Roland explained to me that for a Monterey Cypress in Ashland to get this large, there is probably a stream running underground near the tree.

This beautifully renovated 1889 house at 407 Scenic Drive is independently listed on the National Register of Historic Places. It is one of the best examples in Ashland of the Queen Anne/Eastlake architectural style. It was built in 1889 by S. Pedigrift, a mason and plasterer who seems to have lived in Ashland only three or four years.

Notice especially the matching Queen Anne style bay windows. George Kramer wrote in the National Register nomination form that the bay windows are so typical of “Eastlake fancy work” style that Pedigrift may have purchased them from a catalog and incorporated them into the house design.

Through the mid-20th century, the owners of the house also cultivated orchards up the hillside behind the house. Robert Dooms, who owned the house and lived there from the mid-1950s to 1988, told George Kramer that when he was a child in Ashland, the previous owner Robert Johnson “paid him $1 a pound for picking cherries, apricots, and peaches behind the house.”

I hope you enjoyed this brief introduction to Ashland’s 2004 Tree of the Year. I will write a comprehensive photo essay about the tree at a later date.